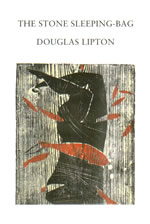 Douglas Lipton’s first collection of poetry, although his work has appeared in numerous magazines and anthologies. The collection includes the long satirical poem ‘The Flora and Fauna of an Independent Scotland’ which was described by Scotland on Sunday as ‘a witty and truthful catalogue of the dreich ark of Caledonia’ and by the Scotsman as ‘a tour-de-force…terse, irreverent and riddled with cheeky one-, two-, or three-liners [used] brilliantly to convey, sometimes lewdly, but always colourfully, a peculiar species of Scottish gallows humour’.

‘A Scots bestiary that hoaches with darkly delightful energies….’ – Robert Crawford, The Scotsman [of ‘The Flora and Fauna of an Independent Scotland’]

‘…a powerful portrayal of human suffering and hope, partly inspired by the Ruthwell Cross’s ‘Lay of the Holy Rood’. [of ‘Songs for the Falling Angel] – Alastair Warren, Dumfries & Galloway Standard 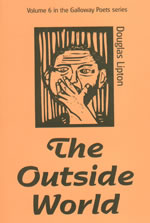 ‘Notable is Douglas Lipton’s distinctive view of nature and the way he can invest the simplest things with a sense of awe.’
John Hudson, Markings 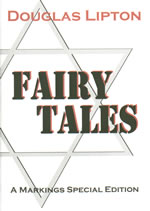 Themes from J and W Grimm and Hans Christian Andersen Folk, Fairy and Household Tales drawn upon as a response to the Holocaust.

‘…Fairy Tales….reworks Grimm and Andersen with a ….devastating violence, as the poetic parables finish with the Holocaust’
Richard Price, Southfields 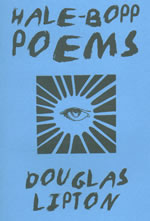 Poems inspired by the phenomenon of the Hale-Bopp Comet.

‘….Douglas Lipton’s Hale-Bopp Poems…..take us back to the fundamentals of creativity, our relationship with the big outside…’
John Hudson, Markings 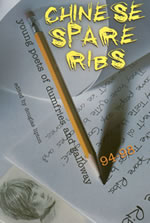 Edited by Douglas Lipton, this anthology gathers together the best entries to the Dumfries & Galloway Arts Festival’s Young Poets Competition from 1994-98, for poets under 18 years old.

‘Expect the unexpected and the familiar, the strange and the recognisable. There are tears and laughter, delight and misery, love and hatred, plants and animals. There are poems on food, drink and drugs. There are poems on health and illness, local and international issues, friendships and enmities, gregariousness and isolation. There is innocence and experience, family life and loss, literature and politics, satire and celebration, war and peace. There is fantasy and lyricism. There is triumph and disaster. There are poems secular and spiritual.’ 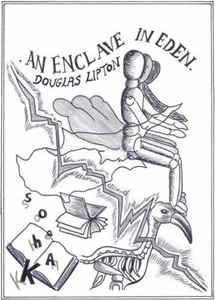 An Enclave in Eden

An Enclave In Eden comprises widely published but previously uncollected poems from the last decade of the 20th Century and the first decade of the 21st. The poems are about what goes wrong and what we spoil in an otherwise wonderful world of wonderful people and wonderful relationships. The title poem is located in Cyprus, an island heaven on earth agonisingly divided by its populations. Other poems concern the horrors of 1950s education in Scotland, the extinction of numerous species of bird and the lives of fascinating people. The themes underlying it all are regret that it might have turned out differently – if only – and hope that, still, it just might. 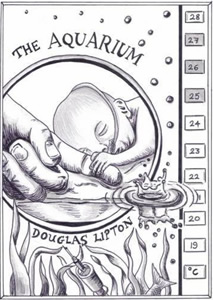 A short sequence of poems about premature birth and death. The central image is of a tiny baby in an incubator – and how that resembles an aquarium – a glass tank on which technology an incredibly fragile life is utterly, pitifully dependent. The poems are about the loss of hope, death, grief and desolation. 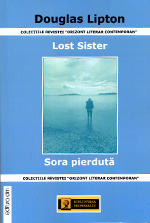 This selection comprises 29 poems in English (or Scots) and translated into Romanian by Adela Catană. There are also short essays, critical appreciations and notes in Romanian and English. 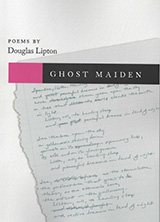 £7.00 from
Waterstones and The Yellow Door (Dumfries)

A collection of five long poems or poem sequences  (with notes) examining the lives of five ‘heroines’ – women at various stages in life. The collection offers the reader a world of substance, puzzles, ideas, challenges and great human warmth. This is a book to be lived with and cherished: a grand companion. Ghost Maiden is designed and type-set by Gopa & Ted 2, Inc. of Albuquerque, N.M., USA. 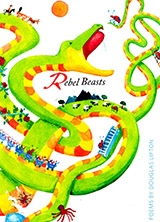 £7.00 from
Waterstones and The Yellow Door (Dumfries)

A selection of over 40 animal poems with a rebellious spirit, suitable for broad-minded parents and those with a glint in their eye and of 122 years of age and under. – Those over 122 should seek juvenile guidance. Lead illustrations and cover by Gwen Adair, augmented by other illustrations and designed and type- set by Gopa & Ted 2, Inc. of Albuquerque, N.M., USA. 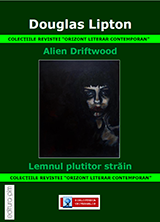 24 poems in English and Romanian, some not previously collected or published, in a selection co-ordinated by Daniel Dragomirescu of Orizont Literar Contemporan in the Bibliotheca Universalis series – and translated by Diana-Alexandra Mircea and Elena Ţăpean. 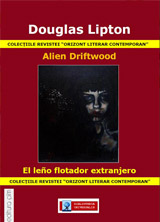 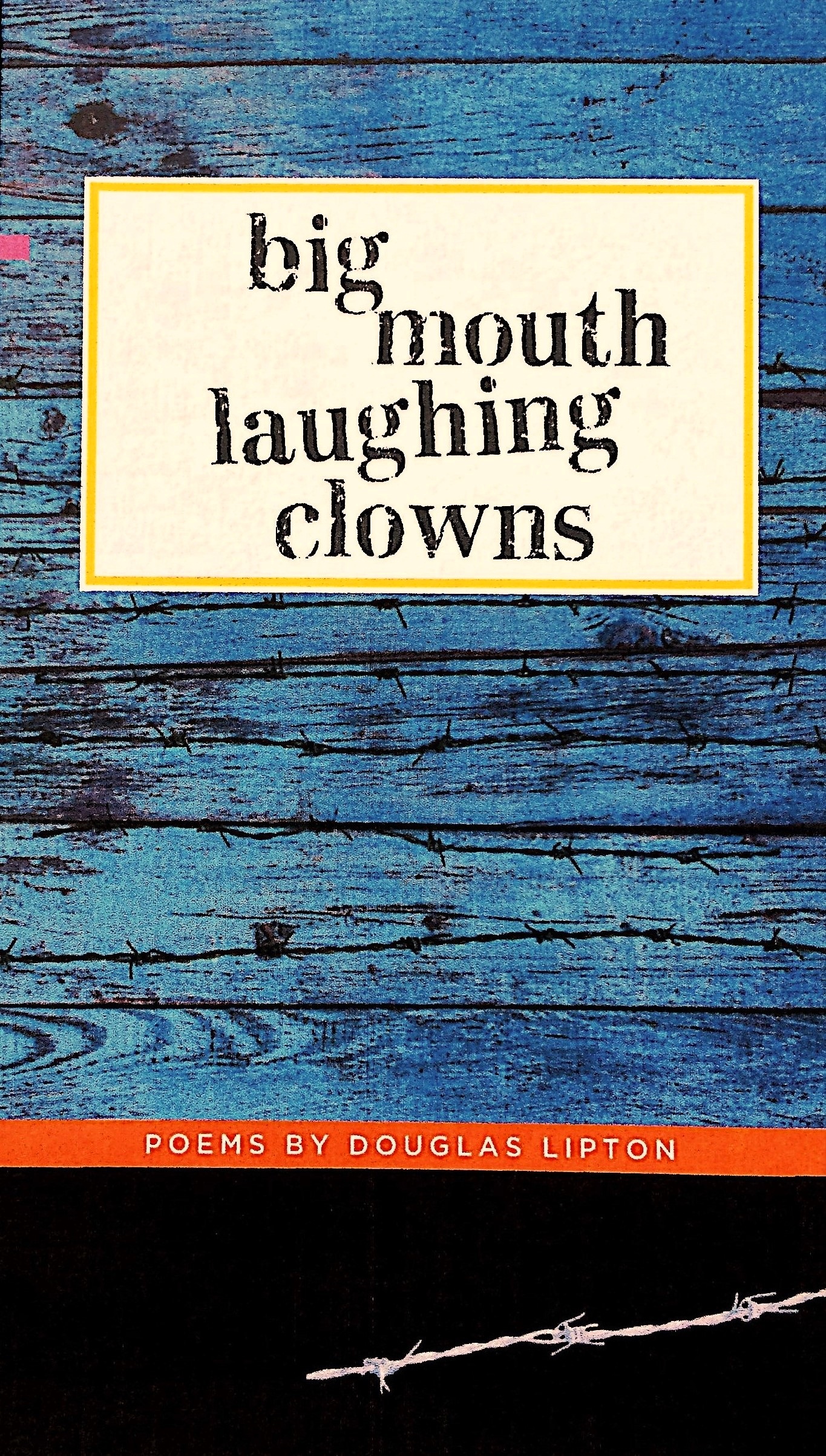 £8.00 from
The Yellow Door (Dumfries), Tell It Slant (Glasgow), Aye-Aye Books at the CCA (Glasgow), and Amazon.

This new collection of poems presents us with all the surprise, unpredictability and adventure we have come to expect from Douglas Lipton’s work. Their effervescent joy in language, and their poetic strength, beckon and beguile the reader. Douglas Lipton retains the authentic voice of the true Scottish poet, with a worldly immersion in language and sensitivity that transcends national and cultural boundaries. 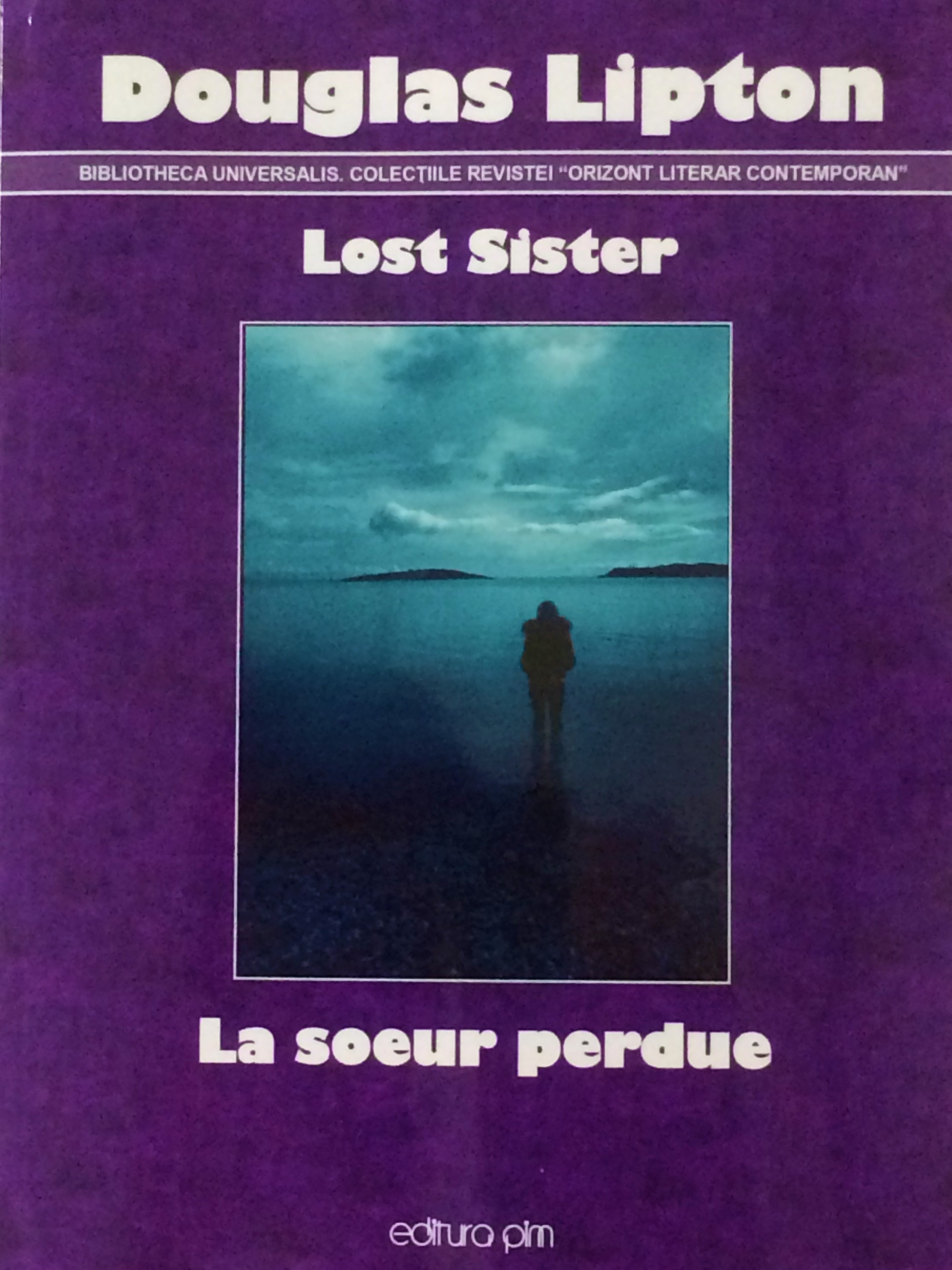 This 90-page selection comprises 22 poems in English (or Scots) and translated into French by Daniel Dragomirescu and Noëlle Arnoult. There are also short essays, critical appreciations and notes in French and English.

Available from:   http://contemporaryhorizon.blogspot.co.uk/ and Tell It Slant (Glasgow) 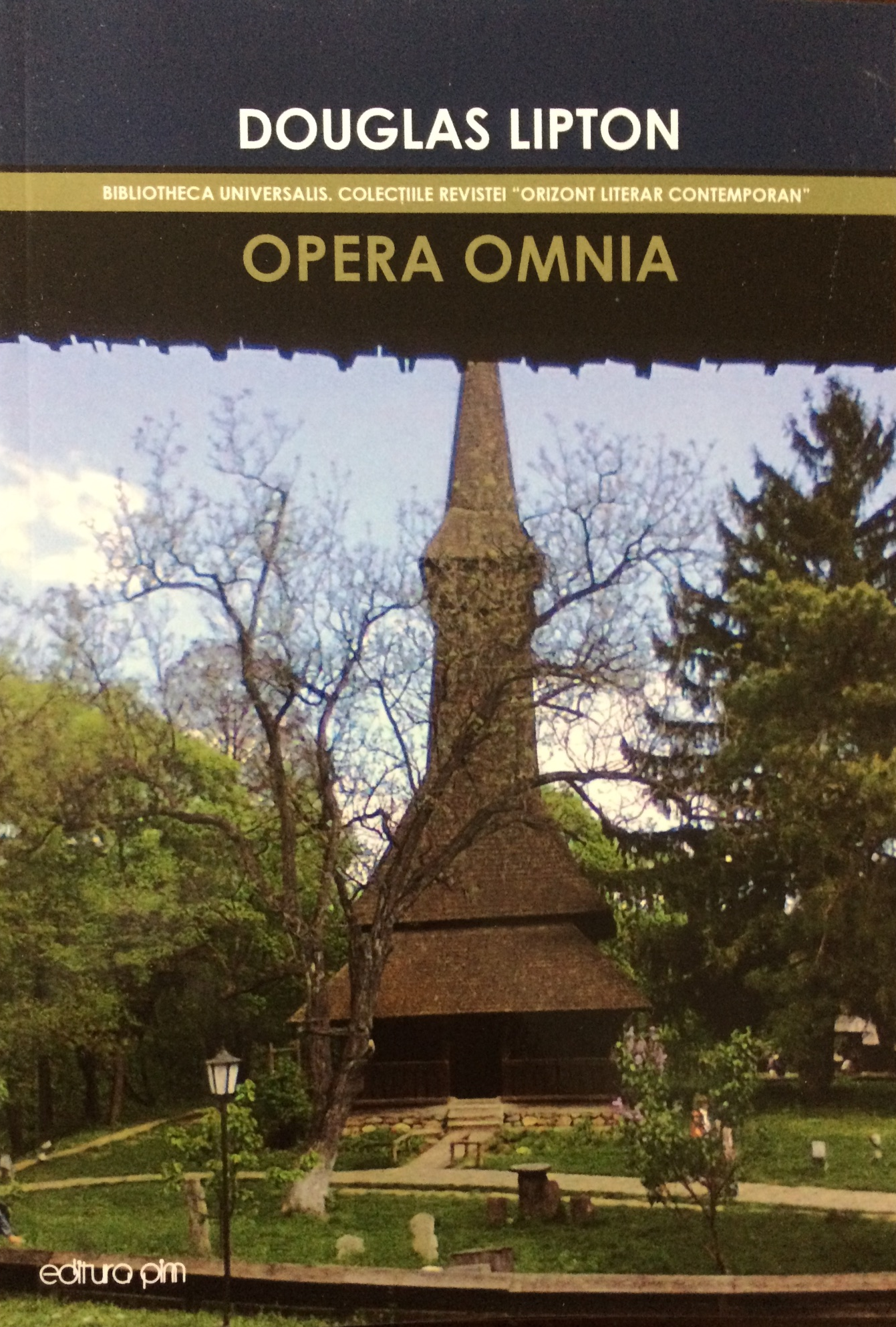 Published by: ORIZONT LITERAR CONTEMPORAN in its Bibliotheca Universalis series; ISBN 978-606-13-4414-7; Price €12.00; 194 pages (including notes and a critical essay by Daniel Dragomirescu, the series editor).

Available from Tell It Slant (Glasgow) and The Yellow Door (Dumfries). 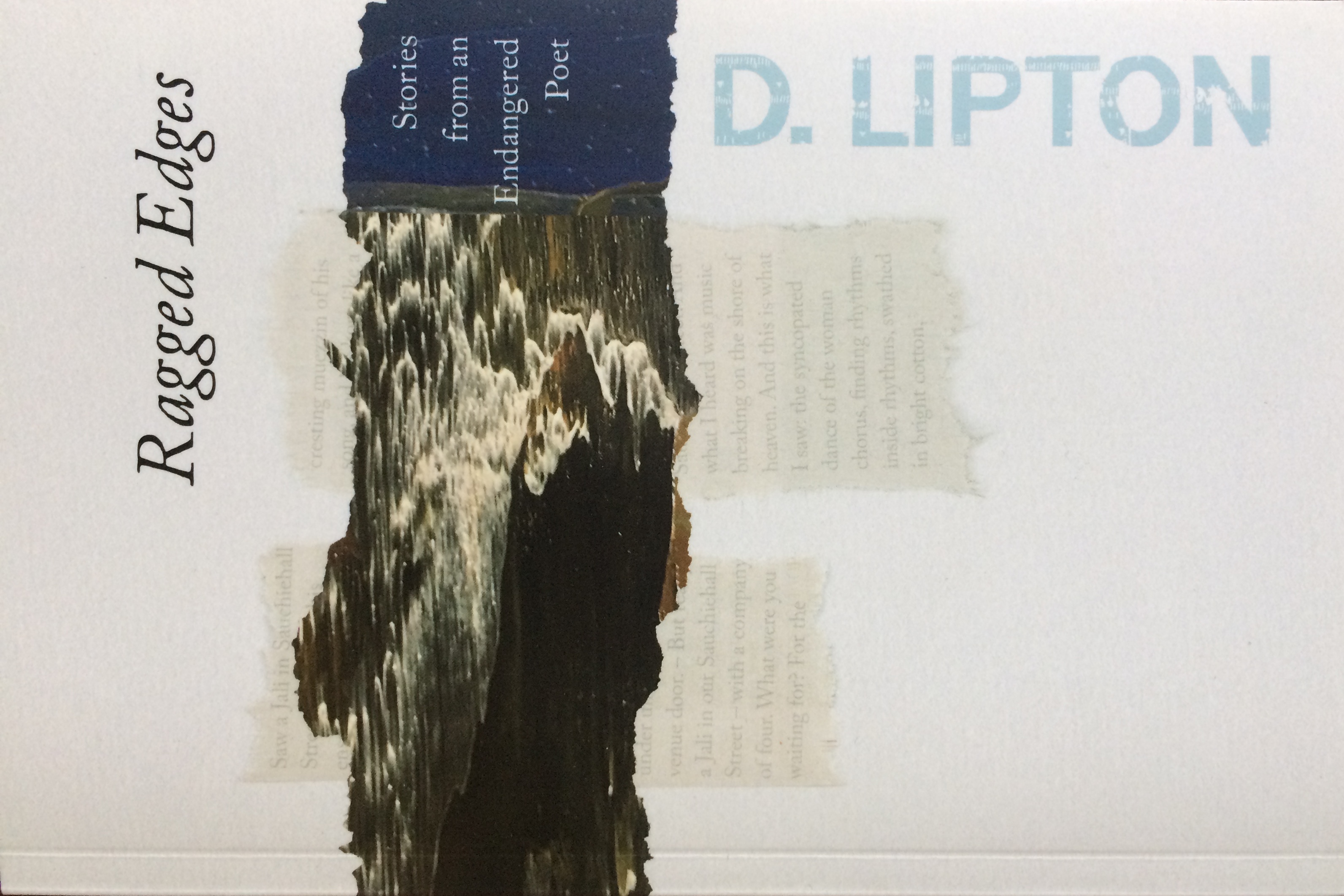 £12.00
Available from
The Yellow Door (Dumfries)
Tell It Slant (Glasgow)
Aye-Aye Books at the CCA (Glasgow),

Inquisitive renderings which invite the reader to explore poems with a sense of place in Scotland and France, poems in English with a Scots accent and a French smattering, histories, legends, celebrations, satires, portraits and anecdotes…

“The work of Douglas Lipton brings to mind the sentiment of two Georges. The first; George Gurdjieff, who would often dismiss questioners’ concerns about their soul by saying that they shouldn’t worry because a soul is something to be earned, and they hadn’t yet done the work. The other George – Braque – the great French painter, stated that for an artist talent was enough until the age of thirty…but after that something more – from below the belt. So although the aperture of birth and circumstance are uniquely Scottish – nay Glaswegian – in this poet’s case the horizon of human experience he embraces is neither marginal nor parochial.

But yet, the random, even the haphazard, of talent no matter how generously given by youth or circumstance, is only half of the story. Lipton’s triumph is in his maturity, forbearance, and endurance as a poet. Indeed it might be viewed that a poet’s journey and longevity as a creative can be seen as much in the soldier’s virtue of fortitude as in any talent for inspirational flight of fancy. His work is not only damned good poetry, it is an act of human audacity.” [Publisher’s note] 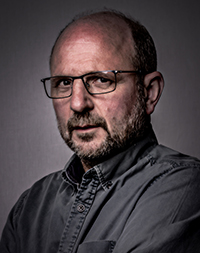